skip to main | skip to sidebar


Tyler has successfully completed his third year in the animation program at Loyalist College and while not all of the marks are in, he's received well over 90% in the ones that are.  In addition to this, his professors have selected him to showcase his work in the Student Showcase section at  DIGIFEST in Toronto.  (Digifest is an international digital festival which takes place in Toronto)

A bit about the student showcase part from their website:

"Come see the best digital projects from across the province and abroad!

From May 8th to 10th, Digifest will be hosting the "Best of the Best" Student Showcase ....
Come by this free event to see the incredible work being done by tomorrow's leading designers, artists, developers and innovators.

40 projects from 13 post-secondary institutions will be on display for 3 days only.  The Student Showcase will feature the best student works selected by their schools under the categories of Integrated Media, Social Innovation, Animation and Moving Image, Interaction and Gaming, Visual Art and Design and Beyond the Screen.  This unique exhibit brings together under one room the most exciting cross-disciplinary student work in Ontario, and you won't want to miss it!"
(Above excerpt copied from here:  http://www.torontodigifest.ca/2014/student-showcase/

"How does it work?

1)  Each participating school will select the top projects from the graduating class to be juried during Digifest.

5)    Those exhibiting their work will have the unique opportunity to speak to festival attendees about their project.  A jury of industry professionals will choose the "best" project from each category, which will be presented with an award at a ceremony ....."
(Above excerpt copied from here: http://www.torontodigifest.ca/2014/student-showcase-participants/ )


Expedition:Mars from Tyler Wescott on Vimeo.

Tyler is nearing the end of year three (final year) of his college program.   Here is the link to his website.  Once on his site, there are tabs along the top....be sure to check them all out!

In order for Tyler to complete second year at college, he needed to do an internship.  Three students from second year and a five from third year worked as a team to produce this 30 second animation for the Kingston, Ontario Police Force.  It was to have the look and feel of a video game.

Here is their finished product ---  (best viewed in full screen mode -- click on the "youtube" symbol in the lower right hand corner.  Once at youtube, click on the broken rectangle icon in the far right corner to bring it up to full screen)

Thought I'd drop in and post and update, seeing as it has been almost a year since my last post.

Tyler has now finished his second year of post secondary education. It's interesting to see the changes in him each time he comes home and we're more than proud of the person he is becoming.

I remember our first year of homeschooling, he was starting grade five and Brittney grade three. We were only about one month into it, when we received in the mail, a hand-written letter from a very concerned relative. The tone was very condescending as she made quite clear her thoughts on how we were ruining our children by homeschooling. There was a bit of everything in there and all the usual (plus some) "concerns" about homeschooling were covered. I was still a bit nervous, even though I'd researched it for a whole year. One of the assurances from seasoned homeschoolers seemed to be, "the proof would be in the pudding".

We now find ourselves at that point.

Tyler completed his second year with an overall average of 89%, which included a final mark of 100% in one course. He is well-adjusted, very focused on his studies and has great social skills (the concerns of most people when they hear "Homeschooling".) He worked during his first year of college and on all of his breaks (Christmas and summer)in order to put himself through school.

Brittney is doing equally as well. Her average is well over 90%, she is self-motivated as she completes her courses through distance and on her own. Weekends are spent working as she too saves for her next set of courses (which she will most likely go away for).

Jake continues on at home and is also growing in areas he previously had difficulty with (ie... sitting still lol)

I'm often tempted to write a letter of response to the well-meaning but misguided relative to let her know, all is well. Homeschooling didn't ruin them and is one of the best decisions we ever made.
Posted by At Home on the Rock... at 10:15 PM 2 comments:

Another homeschooling family we know in central NL has a daughter 11 days older than Brittney. They wanted to do something to mark her graduation from "high school" and asked if we'd like to join in with them....which we did.

There are many things I like about homeschooling, but one thing...it allows each child to develop into who they are and doesn't push them in to being like everyone else. This was evidenced in many ways but really shone through with their choice of dress. Each had a very different style from the other and neither felt pressured to dress like the other one.

Here are some pictures. I took these with my phone and can't get the captions to line up with the pictures, but you'll see them as you scroll through them. The cake was really beautiful -- even had a cool pink grad cap on it!

Jake made a speech to his sister. I told him I had to read it first. He said he wasn't going to write it, just wing it as he went along and he wanted it to be funny. I responded with funny is ok, but not silly and reminded him that he didn't want to embarrass himself. He didn't miss a beat and came back with, "No, but I want to embarrass you." Sigh..... He didn't embarrass anyone though, it was a lovely speech to his sister. He did mention that he and Tyler were Brittney's brothers, but that Brittney liked him best (which drew a lot of laughs ha ha)

Lots of balloons. The other mother made the cap and gowns. All in all a nice night. Thanks guys for inviting us!


Brittney and Sara at home before... 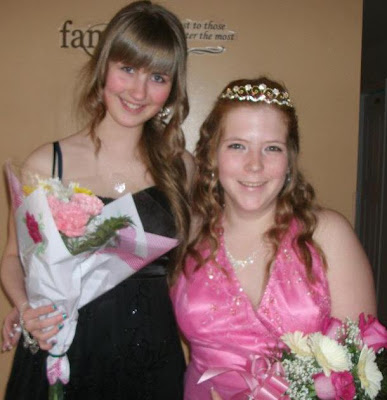 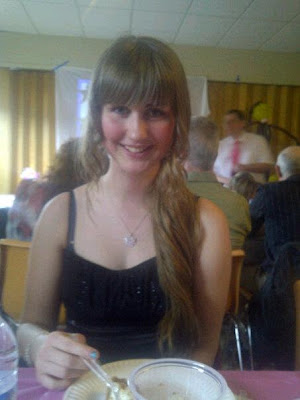 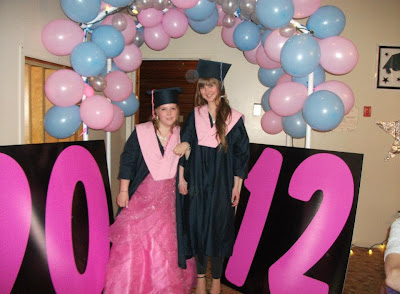 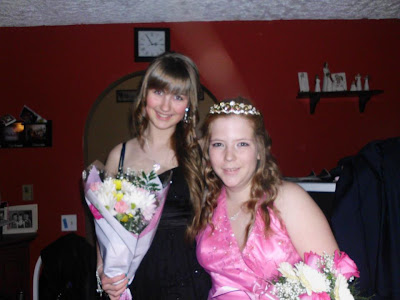 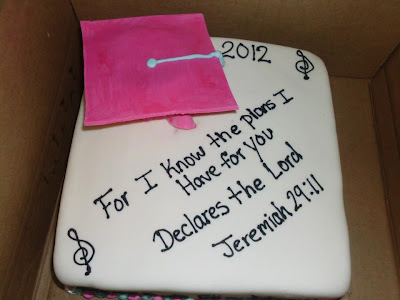 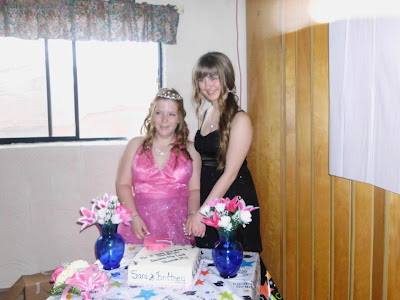 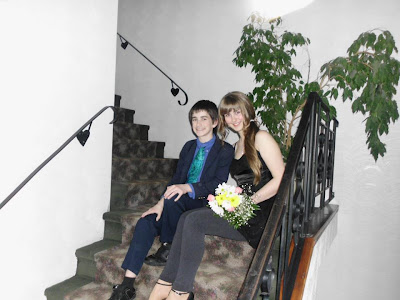 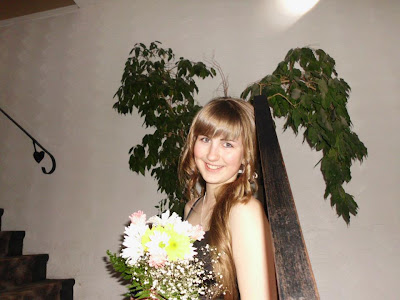 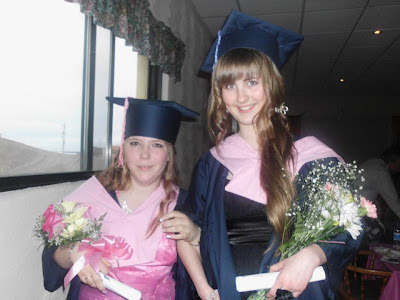 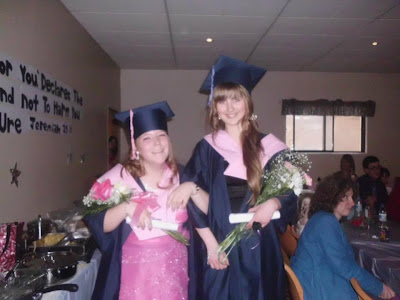 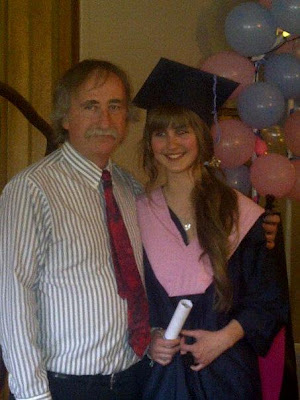 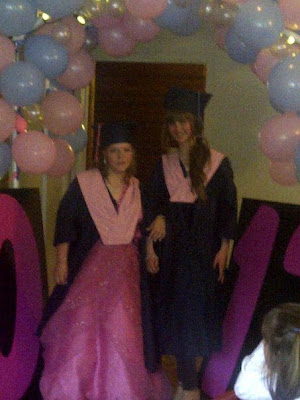 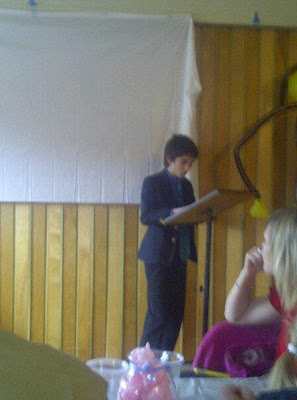 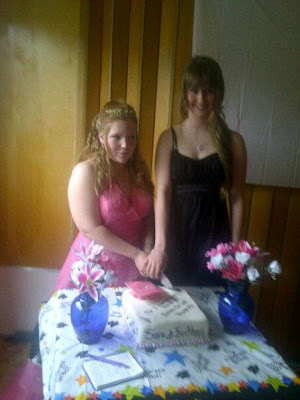 This week leads up to May 12th, which is International ME/CFS & FM Awareness Day.

There was a rally on May 8th at Queen's Park, (Ontario's parliament) in which several Ontario gov't representatives spoke. So nice to see them stepping up to the plate!

Dr. Alison Bested said the same thing (video below) about her patients.

I am proud of my country for the steps it has taken in ME/CFS/MCS acknowledgement, but more needs to be done. I'm not sure why it seems to lose something in the translation, but it just does.

For example, if someone were to say "My mother has Alzheimer's" reasonable people would not respond with, "Oh ya, I sometimes forget where I put my glasses so I know exactly what it's like. Your mother should just exercise more, or perhaps do things like crossword puzzles, to improve her memory. Forgetting things is just part of life and I have to deal with it, so she should too."

It is worse though, because the extreme exhaustion is only one small part of it. ME affects so many other systems in the body and produces a whole list of other problems... like this explanation: (taken from here at the cfids.org website)

CFS is characterized by incapacitating fatigue (experienced as profound exhaustion and extremely poor stamina) and problems with concentration and short-term memory. It is also accompanied by flu-like symptoms such as pain in the joints and muscles, unrefreshing sleep, tender lymph nodes, sore throat and headache. A distinctive characteristic of the illness is post-exertional malaise, a worsening of symptoms following physical or mental exertion occurring within 12-48 hours of the exertion and requiring an extended recovery period" and even more symptoms Additional symptoms are reported by people with CFS (PWCs) such as word-finding difficulties, inability to comprehend/retain what is read, inability to calculate numbers and impairment of speech and/or reasoning. PWCs may also have visual disturbances (blurring, sensitivity to light, eye pain, need for frequent prescription changes); psychological problems (depression, irritability, anxiety, panic attacks, personality changes, mood swings); chills and night sweats; shortness of breath; dizziness and balance problems; sensitivity to heat and/or cold; alcohol intolerance; irregular heartbeat; irritable bowel (abdominal pain, diarrhea, constipation, intestinal gas); low-grade fever or low body temperature; numbness, tingling and/or burning sensations in the face or extremities; dryness of the mouth and eyes (sicca syndrome); gynecological problems including PMS and endometriosis; chest pains; rashes; ringing in the ears (tinnitus); allergies and sensitivities to noise/sound, odors, chemicals and medications; weight changes without changes in diet; light-headedness; mental fogginess; fainting; muscle twitching; and seizures"

My M.E. (CFS) and Fibromyalgia Story

Public Service Video about M.E. I was involved in 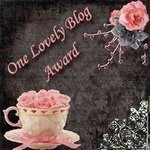 At Home on the Rock...
We are a homeschooling family of five living on the ocean in Newfoundland, Canada. We recently moved from Ontario to enjoy the fresh, clean air and relaxed life style. When I'm not busy with homeschooling, my children or my husband, I work at creating chocolate creations.

You can check out some of my chocolate creations here: